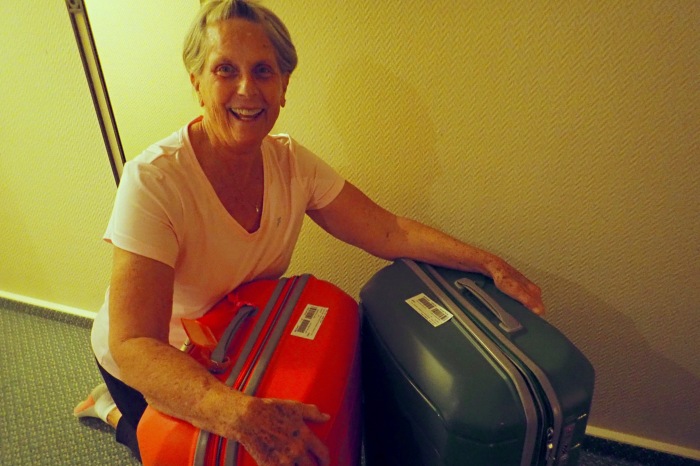 Starbucks is all over Budapest. Shakespeare welcomed us to this one: 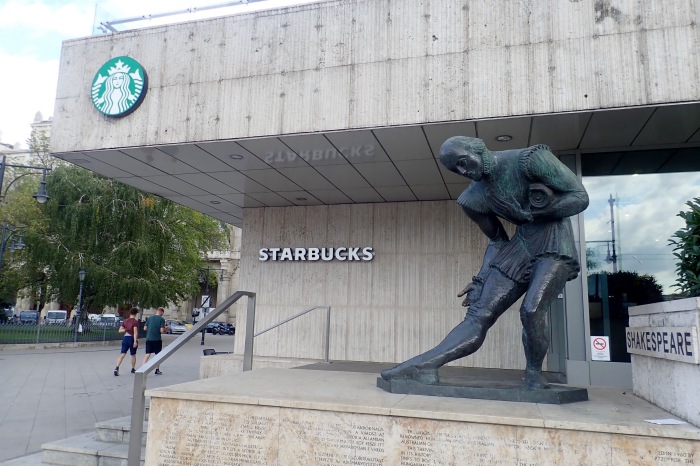 Today’s excursion was called Jewels of Andrassy. We met Kinga in the lobby of the hotel in the early afternoon. Each person received an earpiece and small receiver. Kinga was able to walk and talk and everyone could hear her no matter how far away you were – an excellent way to hear every word. 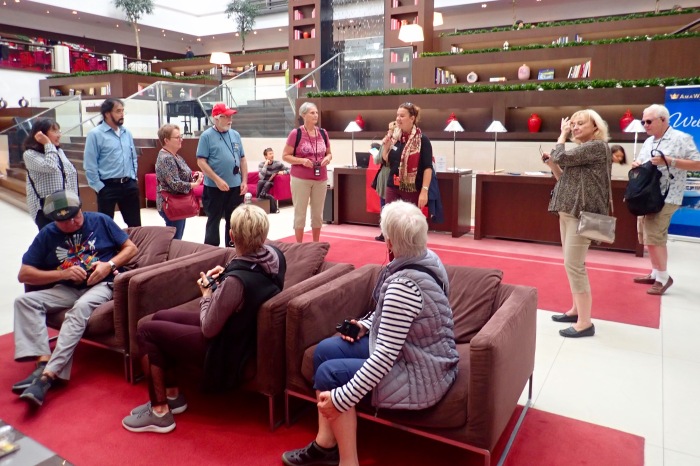 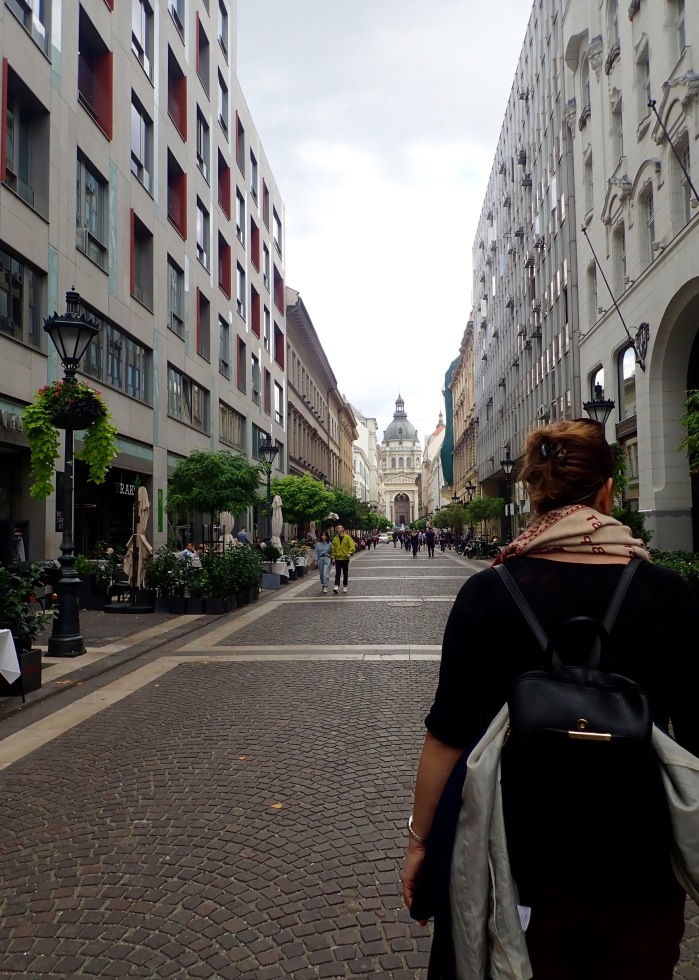 There are many life-size sculptures of people doing everyday things. Here an old-time police officer stands on the corner – his belly shiny from all the rubbing. 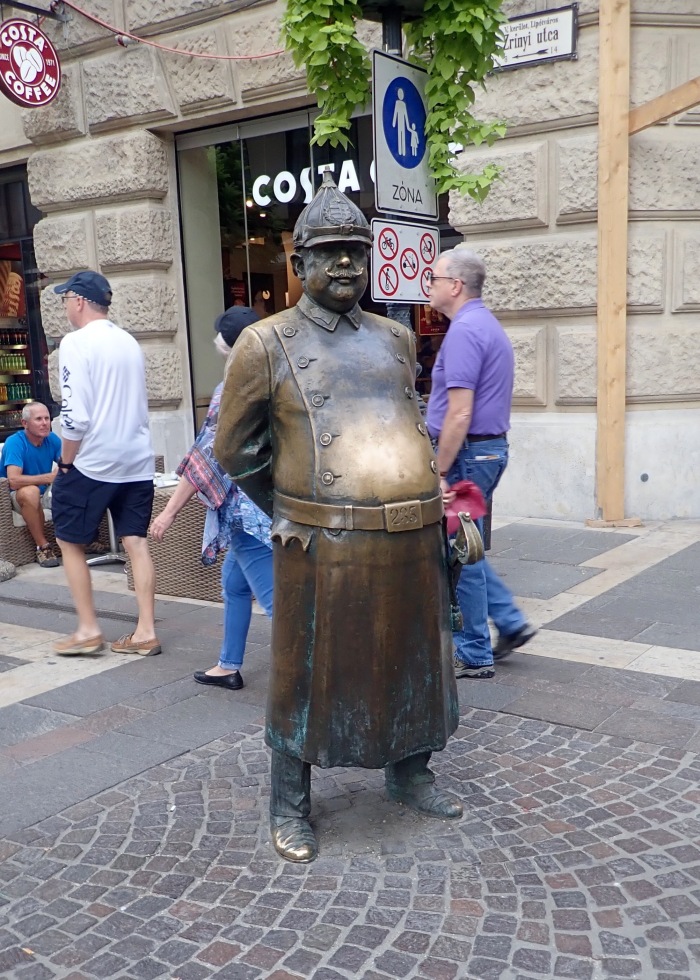 The manhole covers are all unique and beautiful. 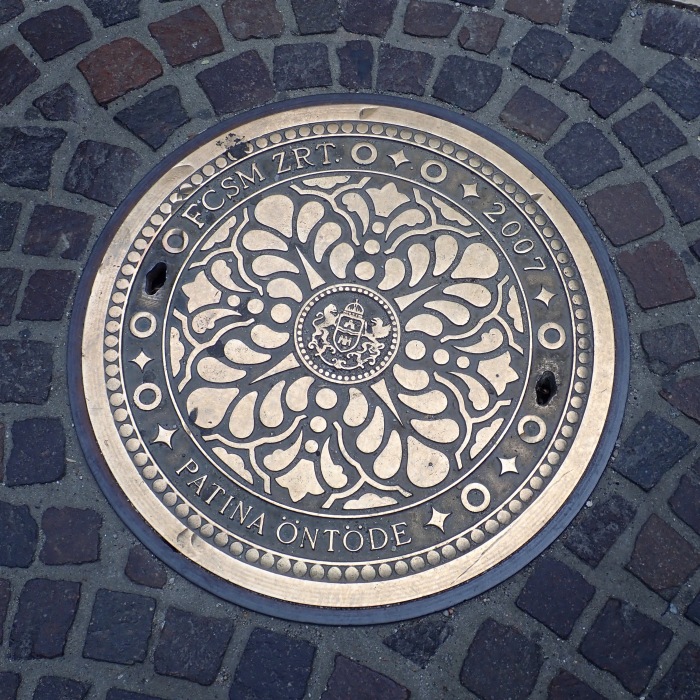 St Stephen’s Basilica, the largest Roman Catholic church in Budapest. The highest point is 97 meters (318 feet). The Parliament building is also 97 meters to symbolize the equality of church and state in Hungary. No other buildings are allowed to be taller. 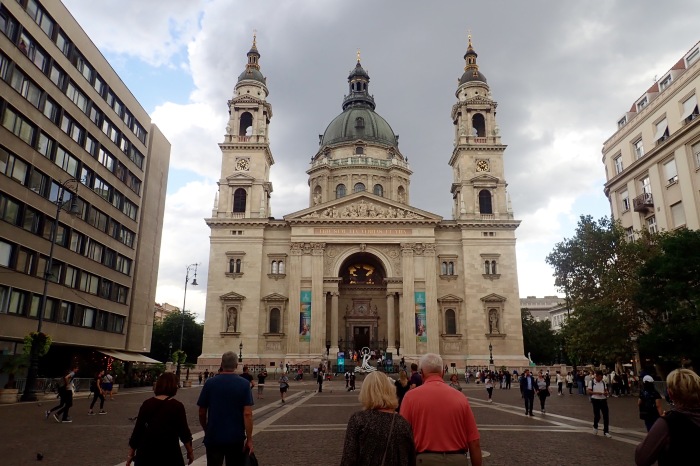 Inside an ornate structure the lighted case was a religious relic: St Stephen’s mummified hand. Stephen was the first King of Hungary in 1000 AD. 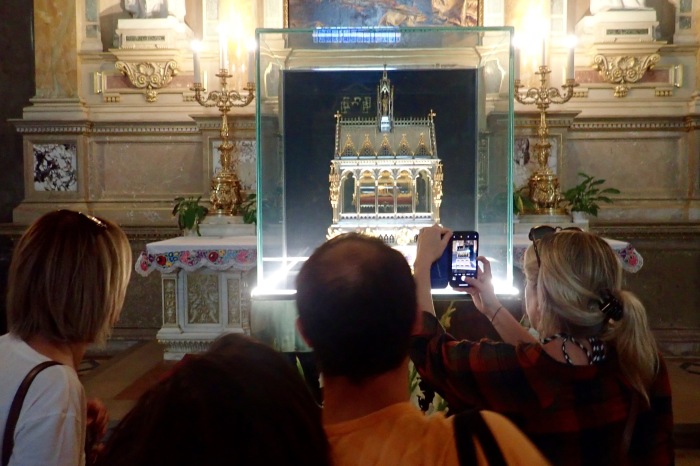 With special papal permission, Stephen was also the central figure on the main altar instead of Jesus. 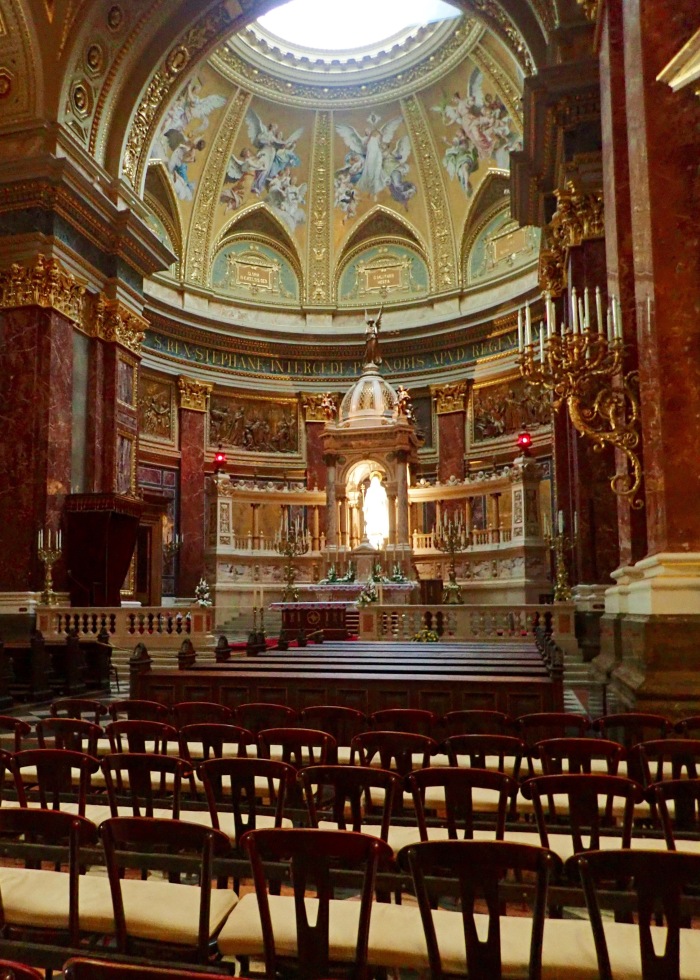 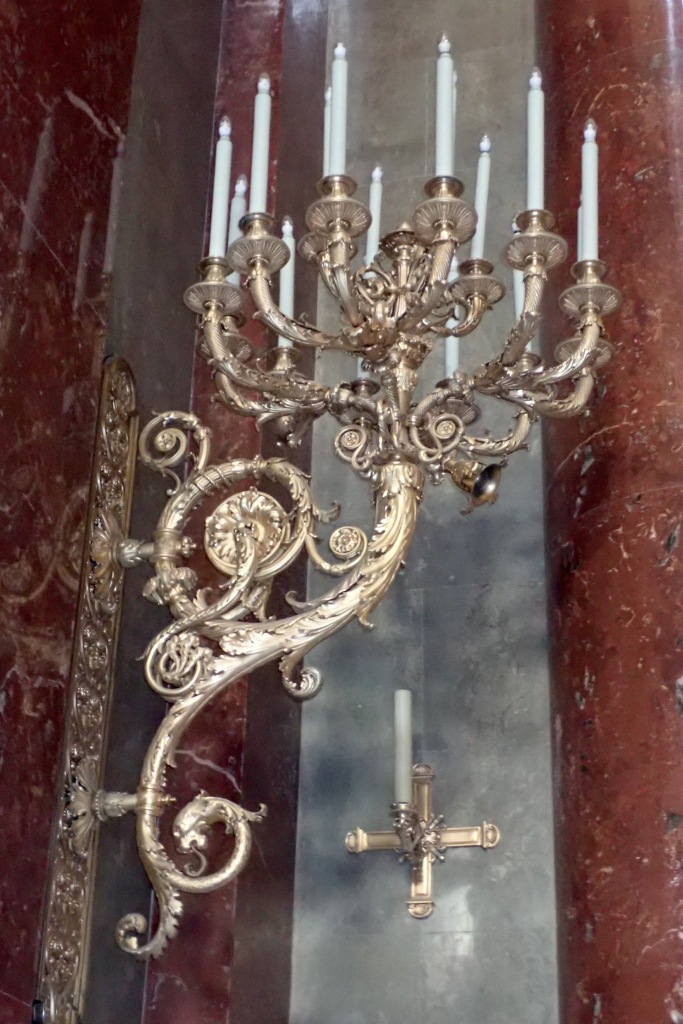 A typical entrance to an apartment building. The door you open is a smaller one on the right side. 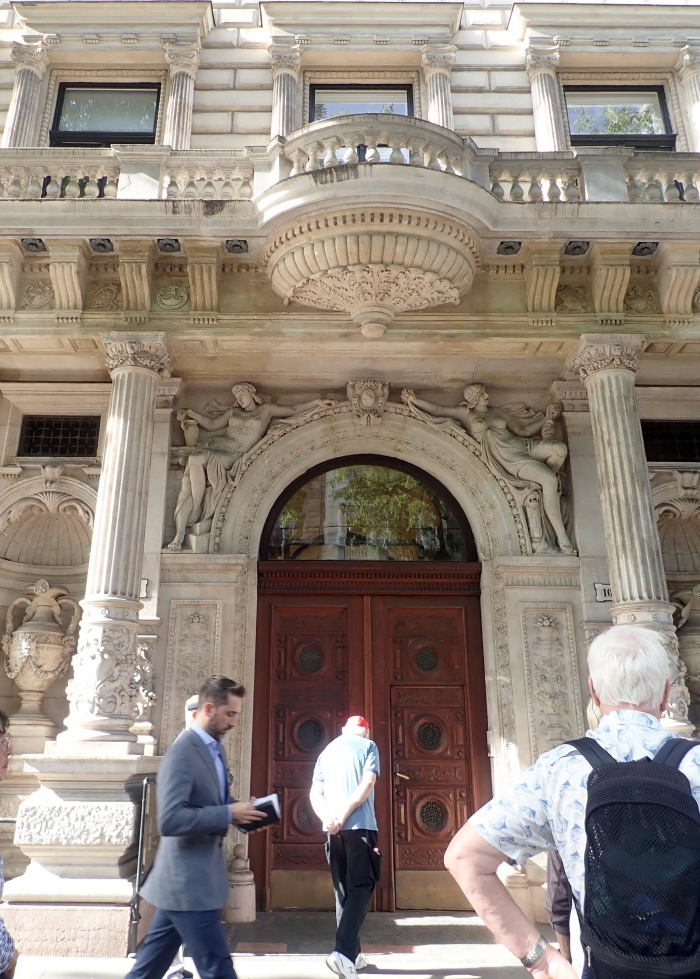 Also typical is a courtyard inside. The most desirable apartments are on the second floor where the windows and ceilings are the tallest. As you go higher, the windows and ceilings heights are shorter. Most of the apartments had 4 nice-sized rooms when they were built, but when the Soviets occupied Hungary, they decided 4 rooms were too many for any family so a wall was built down the middle. Unfortunately that meant one of the new apartments got the kitchen while the other got the bathroom. The other solution was not to build a wall but to move in another family to share the 4 rooms. 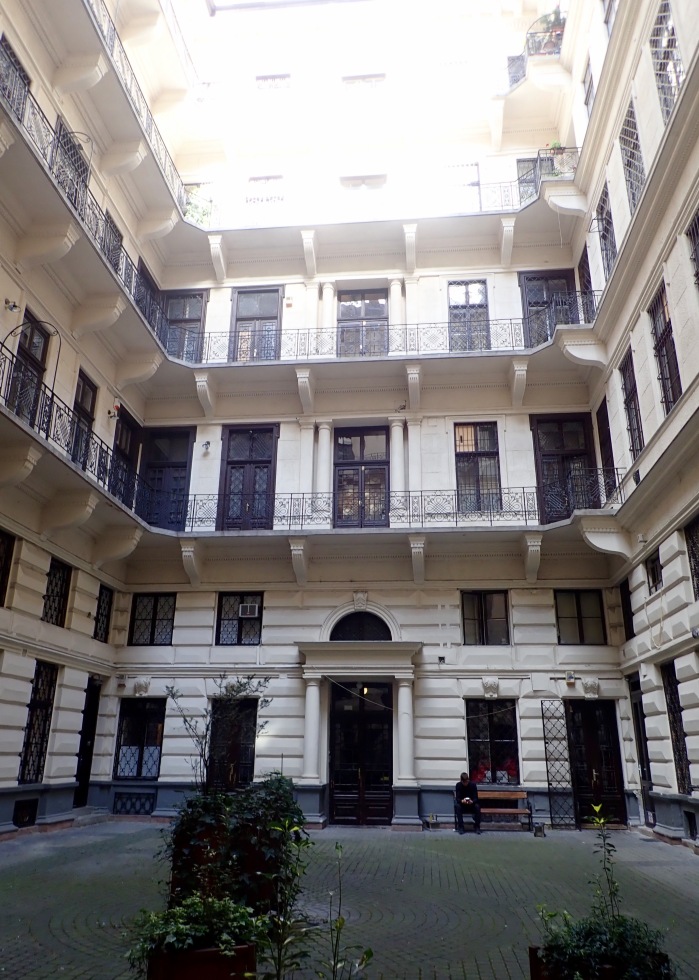 Next stop, the opera house which is being renovated, currently covered in plastic. 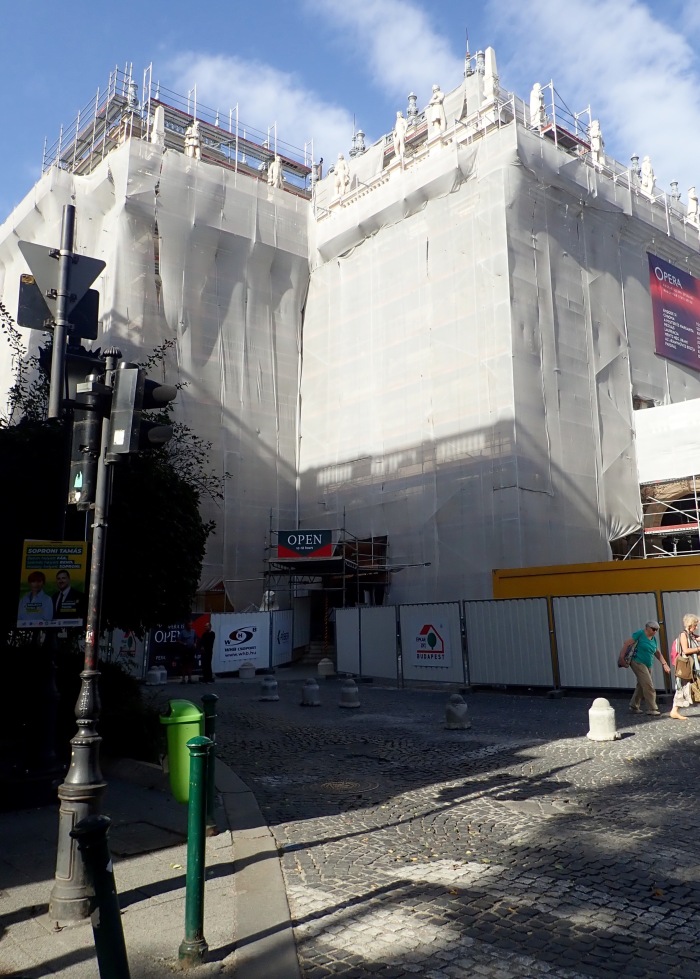 A brief performance of four arias: 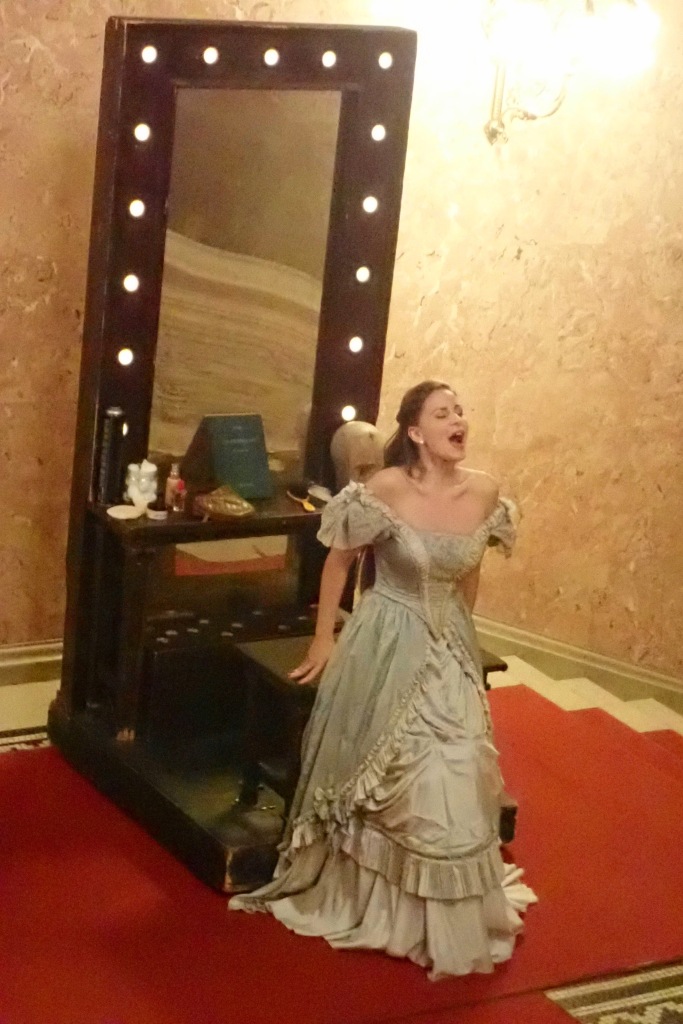 On to Muvesz – which means “artists” – a cafe once popular with artists and writers. 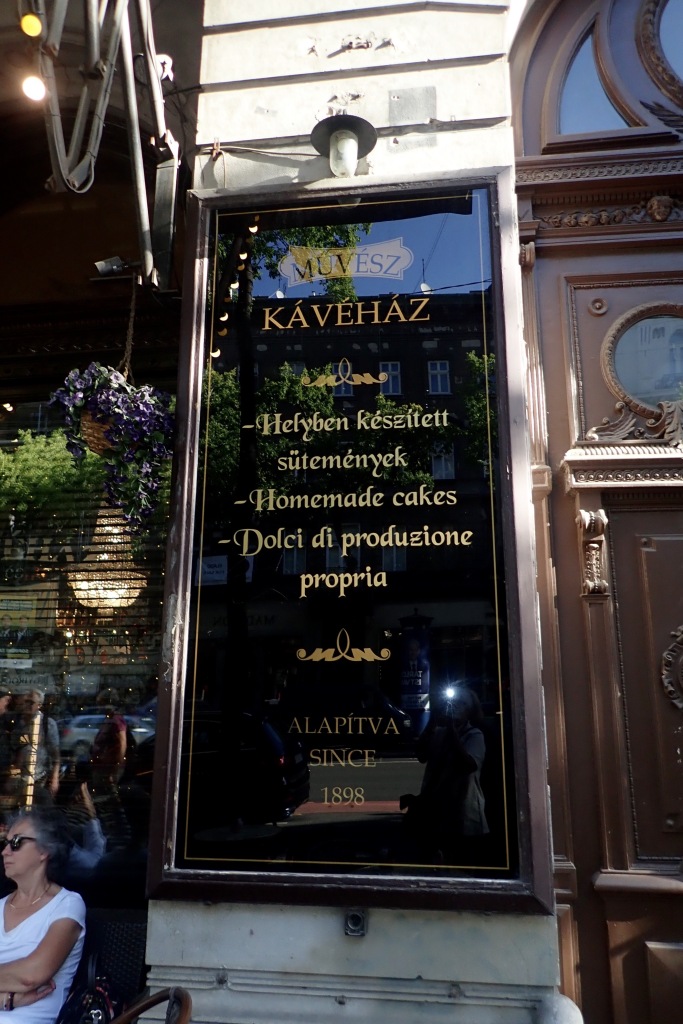 The four desserts at our little table: 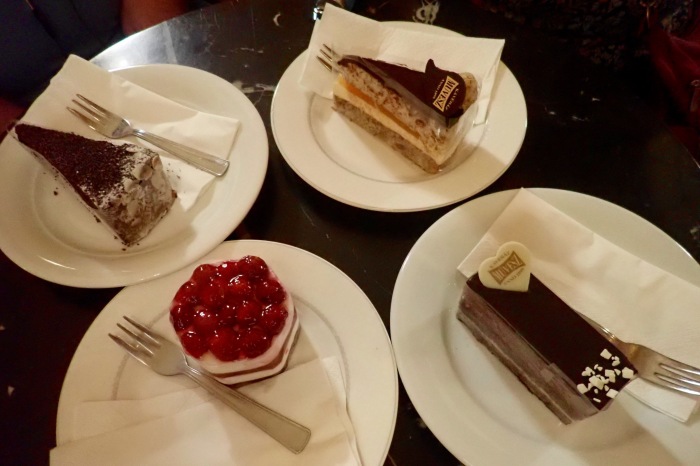 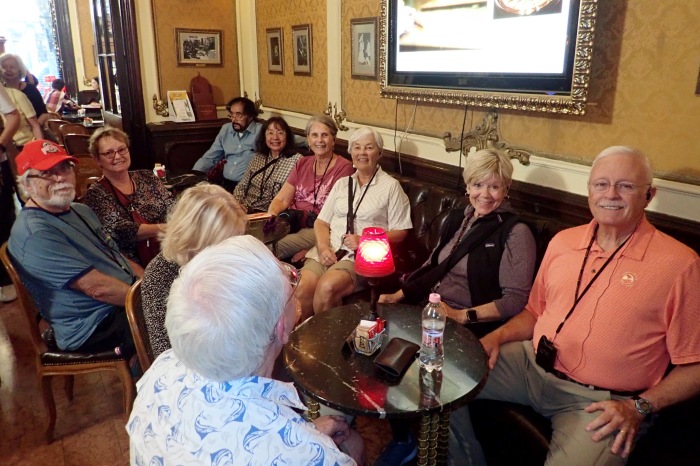 Instead of walking back, we took the Millennium Underground Railway, opened in 1896, the continent’s first subway. 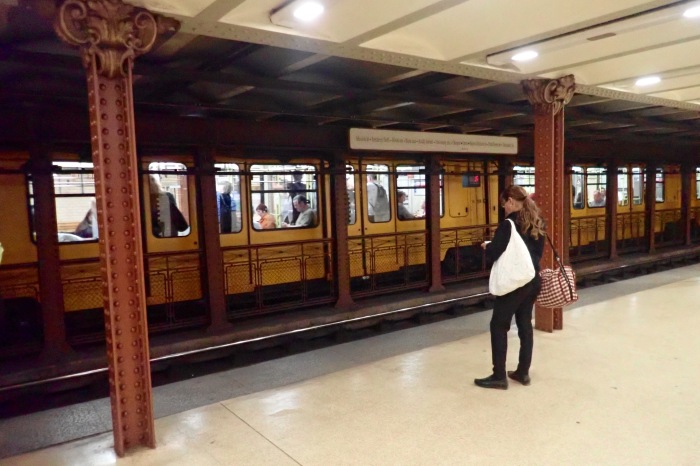