We took a walking tour of Cologne in the morning. We crossed the train bridge

on the pedestrian/bicycle path which was packed with engraved padlocks.

More than 1300 trains cross this bridge every day with connections to all major European cities.

Construction of the Cologne Cathedral began in 1248, halted in 1473, restarted in 1840s and completed in 1880 – the original design was maintained. 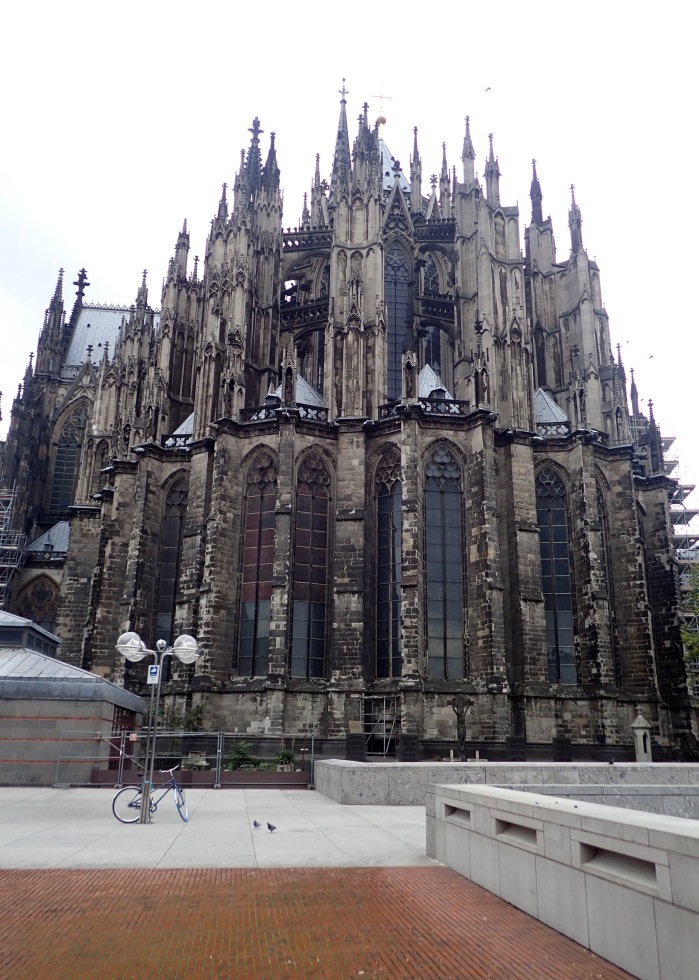 There was a big marathon today in downtown Cologne. Lots of people and closed streets.

After the tour was over, we walked to the Lindt Chocolate Museum and store.

In the late afternoon, everyone was invited to the lounge for a farewell cocktail party with the captain, the hotel director and program director.

Instead of having dinner onboard, we went on an excursion called The Beer Culture of Cologne. Kolsch is the beer to have in Cologne – Kolsch can not be made anywhere else, each beer house has its own interpretation.

At our first stop, Peter’s Brauhaus, we got several small plates of German specialities along with the beer. 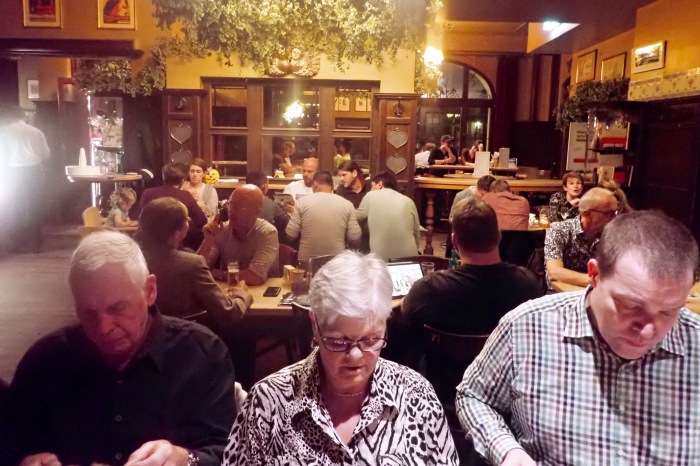 The glasses hold maybe 7 oz to make sure the beer stays cold until finished.

You never have to ask for another beer, they just keep coming until you put your coaster on top of the glass.

Note the beer carrier – the same style is used in every brauhaus: 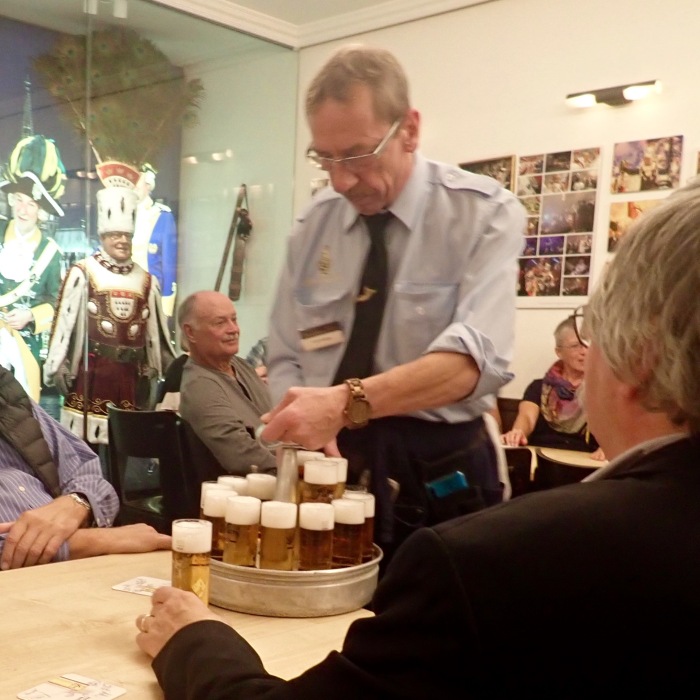 A view of the cathedral. We set sail in about a half hour.